The Law of Similars
The word Homeopathy comes from the Greek, and means 'Similar Suffering'
Treatment is based on the Principle of like cures like, known as the' Law of Similars' 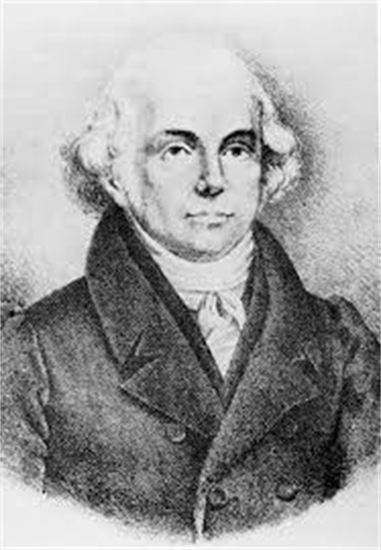 This principle was noticed by medical figures as far back as the Middle Ages, but the person who developed it into a system of medicine was an 18th century German Doctor called Samuel Hahnemann. He noticed that a remedy used to treat Malaria, if taken by a healthy person, could temporarily cause symptoms that looked like Malaria. he deduced that the curative effect of this remedy may be due to its ability to cause the same types of symptoms. The substance was the bark of a Peruvian Tree called Cinchona and it subsequently became the source of quinine- the modern day treatment for Malaria
Research

From this initial observation began the process of research into the curative effects of a variety of substances, when used according to the 'Law of Similars'. One of the difficulties Hahnemann faced was the toxic side effects of some remedies. He experimented with diluting them, to make them safe, but he found that they reached a point where they were not effective, in his attempts to overcome this problem he tried shaking the mixtures vigorously when diluting them. This process, called 'succussion', was found to produce remedies that still worked and he called them potentised remedies
Provings
Continuing his method of testing remedies on healthy patients, Hahnemann noticed that this could both produce and cure symptoms in all aspects of a persons being. These experiments, called 'proving's' drew together information about changes in the mental states of patients, as well as changes in their physical sensations, plus general tendencies such as body temperature, bowel function, sleep, sensations, plus general tendencies such as body temperature, bowel function, sleep appetite etc
The Remedy Picture
From the assembled information it could be seen that each substance could suit a characteristic pattern of illness, and worked best when the remedy picture was well matched to the patients symptom picture. e.g. for different cases of flu different remedies would be needed. to give just two examples in brief -
Homeopathic Literature
Hahnemann wrote numerous books and articles, including the first Homeopathic 'Materia Medica' which listed the symptoms of each remedy he had studied. Later authors wrote expanded versions including information about toxicology, traditional herbal uses and cured cases, they also added new remedies as the years went by. subsequently repertories were also produced, which collated lists of symptoms alongside suitable remedies. these two types of books - Materia Medicas and repertories still form the backbone of Homeopathic study and Practice today
How Are The Remedies made?
The substances vary widely and include not only plants, but also minerals, metals, and animal substances. All remedies begin with a liquid called a 'Mother Tincture'. with plant remedies this is similar to a herbal tincture, but with other remedies there can be a complex process needed to create the tincture. for example, to make metal based remedies the procedure begins with a grinding process. the tincture is then subjected to a process of repeated dilution and succession. A dilution scale of 1 in 100 is most commonly used (C potencies)and the number of repeated dilutions shown by a number (e.g. 30c). the tinctures are diluted in a mixture of water and alcohol and are usually applied to a pill made from sugar of milk or sucrose, the pills come in various sizes and textures.
How Does Homeopathy Work?

There is not as yet a conclusive answer to this, because the foundations of homeopathy are based on observation, rather than theory. What Homeopaths have always agreed is that the potentisation process must preserve some kind of imprint from the remedy substance. the matching of a remedy pattern to the patients symptom pattern seems to then trigger a natural self healing response. potentisation of the remedy substance is the aspect of Homeopathy that causes the most controversy, because some people say that if no traces of the substance remain then it cannot work. However, modern day physics seems the most likely source of answers, with research projects showing that water can carry subtle imprinted patterns from substances with which it come into contact - even when highly diluted.
Please telephone 01326 210202 to book an appointment
E:Mail .